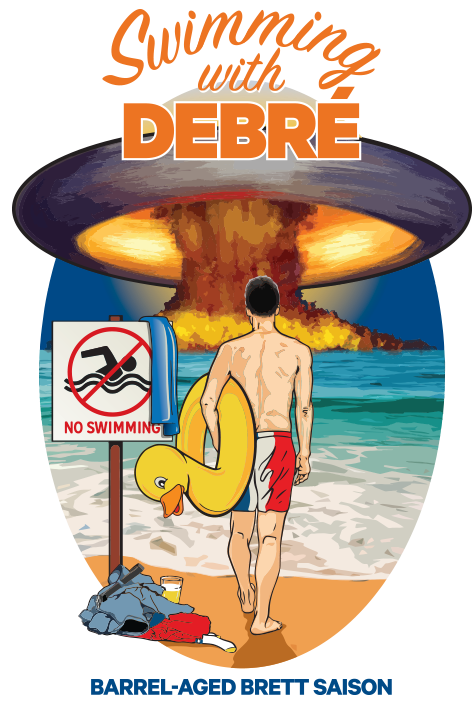 On July 3rd, 1970 the French government, under newly appointed Minister of Defense Michel Debré, conducted it’s most infamous Nuclear test. The test, code named Licorne, consisted of a 914 kiloton device suspended from a balloon and detonated mid-air over the Mururoa Lagoon in Tahiti. At the time, Debré and the French government were embroiled in damaging controversies regarding the safety and long term effects of their nuclear testing in the Pacific. To offset these concerns, and as a PR stunt, Debré stripped down and swam in the Mururoa Lagoon just six hours after the explosion. With similar thoughtless abandon, we took a rye-based French Farmhouse Saison, cultured it with Brettanomyces, and aged it in bourbon barrels. The result is an intricately complex brew….faint tartness, balanced by some mild “funk”, giving way to a dry finish accented by lingering notes of dried apricot. Go ahead, dive right in, this liquids fine!